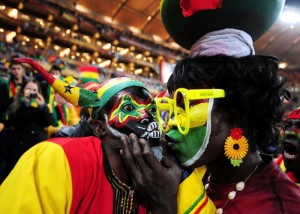 The Black Stars have a very good head-to-head record against the Leopards, having recorded eight wins in the 14 times both countries have locked horns. The Simbas have also won four with the remaining two ending in a draw.

In the Africa Cup of Nations meetings between both countries have been far and their last encounter was in February 1998 in Burkina Faso, where the likes of Tondelua aided the Congolese to pip the Ghanaians by a goal to nil, effectively ending their hopes of progressing from the group stage.

On paper Ghana look much stronger despite the introduction of so many debutants, but in the wily Frenchman Claude Le Roy, who has seen it all on the African continent, DR Congo have a tactical brain who can turn things around on any day.

Le Roy knows Ghanaian team too well having handled them to third position in the 2008 Afcon and the two teams last met in a 2006 World Cup qualifier where both games ended in draws.

DR Congo’s strength lies in their attack where they have the deadly Dieumerci Mbokani of Belgian giants Anderlecht. Also, the team boasts of as many as seven players from former African champions TP Mazembe. 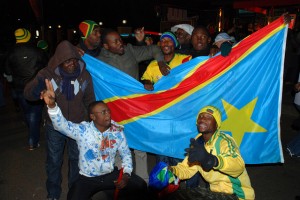 Conversely, Ghana are a very determined and resilient young side who have proven time and again that they can live up to expectation, especially when the going gets tough and they did just that by coming back from 2-0 down to beat Tunisia 4-2 in the final trial game before the tournament.

Ghana has suffered a few injuries during pre-tournament camping, but team doctors have assured all four affected players will gain full fitness by Sunday.

Ghana, whose coach Kwesi Appiah is going into this tournament for the first time as a head coach, have not lost in their last five games with DR Congo.