With the Africa Cup of Nations about to kick-off, The Sport Review has scoured this year’s tournament to see who could be a potential star in South Africa.

A number of young pretenders will be keen to make a name for themselves, while certain seasoned professionals are desperate to lead their country to AFCON glory.

Here are the players to watch in this year’s competition, with the tournament set to kick off on Saturday. 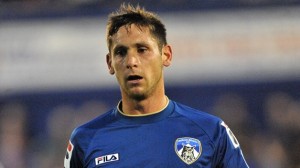 This year’s tournament could see Oldham Athletic midfielder Furman become a Bafana Bafana fans’ favourite. The home crowd are sure to get behind the 24-year-old if his performances in Group A live up to those in recent friendly matches, including an impressive display against Brazil. The ex-Chelsea trainee has found the transition from League One football to the international scene relatively straightforward and has the ability to control a game from midfield. 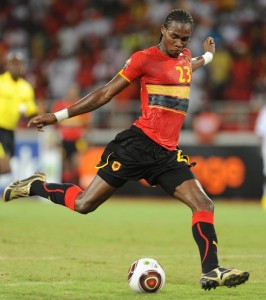 Former Manchester United forward Manucho scored twice against Zimbabwe to help Angola qualify and will be the two-time quarter-finalists’ major goal threat. Despite an unconvincing spell at Old Trafford, the Angolan captain has a superb record of 21 goals in 38 games at international level. Currently plying his trade in La Liga with Real Valladolid, Manucho’s power and pace mean he is often deployed as Palancas Negras’ target man. 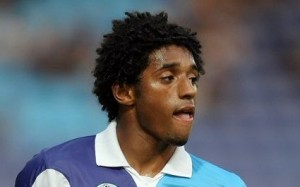 Debutants Cape Verde boast in their ranks one of the most exciting prospects in African football. Lille winger Mendes turned out some quality performances in qualifying and bagged three goals to help The Blue Sharks reach their first ever AFCON. The 23-year-old has the ability to cause Group A defences problems with his direct running and skilful dribbling ability. Mendes could be the name on everyone’s lips this tournament. 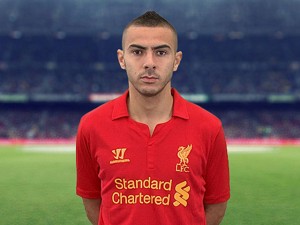 The Atlas Lions have an abundance of attacking ability, but one man with a point to prove for the North Africans is Liverpool’s Assaidi. The winger has failed to make an impact at Anfield since his £3m summer move from Heerenveen and the tournament presents Assaidi a chance to place himself in the shop window. The creative 24-year-old midfielder is attracting interest from Ajax and Galatasary amongst others. 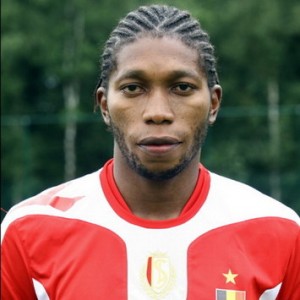 The Leopards will be calling on the goal-scoring ability of striker Mbokani to help them progress from a tough Group B. The prolific Anderlecht forward is attracting attention across Europe and may even be an outside bet for the golden boot. French coach Claude Le Roy – completing his second spell in charge – has recalled the 26-year-old to his squad after a 14-month exile following a disagreement with former boss Robert Nouzaret. 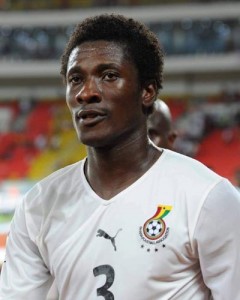 Former Sunderland and Udinese forward Gyan has already racked up 30 goals during his international career and will surely prove a handful for all Group B defenders. Much pre-tournament speculation surrounds whether the Black Stars captain will resume spot-kick duties after his quarter-final extra-time miss against Uruguay in the 2010 World Cup. Nicknamed the ‘Baby Jet’, Gyan infamously sports the number three jersey for club and country. 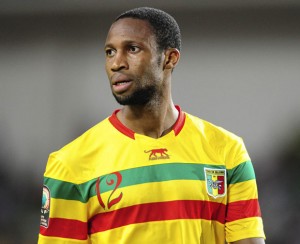 The Eagles’ most experienced player, Keita, returned from a brief international retirement to lead Mali to a third place finish in last year’s Africa Cup of Nations. The 32-year-old made a name for himself during a four-year spell at Catalan giants Barcelona, where he collected two Champions League medals. The backbone of this Eagles side, Keita’s drive and determination from a holding midfield birth will prove priceless both in attack and defence. 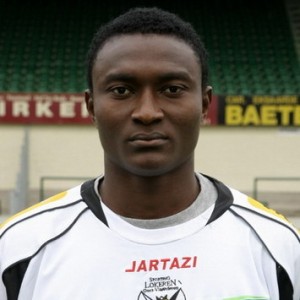 Erratic captain Maazou will have to be on top form if Niger are to avoid an early exit this year. Back in 2009 Russian heavyweights CSKA Moscow forked out nearly €5m for the nomadic forward who has already had eight clubs in his short career. However, after being shipped out on loan no fewer than five times, the 24-year-old joined French side Le Mans before heading back to Africa with Tunisian outfit Etoile. 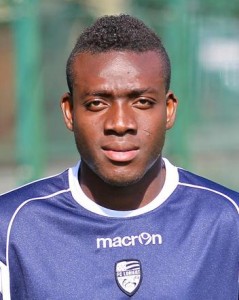 A national hero after his second goal in the dying moments of October’s match against Central African Republic ensured the Stallions qualified for South Africa, 24-year-old Traore has matured in recent years. Voted Burkina Faso’s 2012 player of the year, the striker is renowned for his pace, dribbling skills and long-range strikes, scoring 12 goals in 26 appearances for his country. Fans of the frontman who once had a trial with Manchester United will be praying their man is fit despite a recent ankle injury. 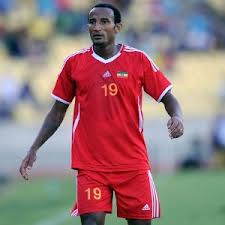 A key player in Ethiopia’s hopes for South Africa, the 27-year-old defensive midfielder-turned striker has six goals in 26 appearances for his country. Having scored the penalty that eliminated Benin in the preliminary qualifying, Girma was also on the mark twice as Ethiopia secured their place with victory over neighbours Sudan. One of the Ethiopian league’s top stars playing for St George SA side, the experienced footballer will be an integral figure for Walya Antelope fans. 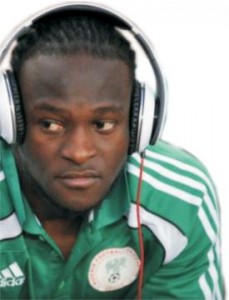 This year will be the first taste of AFCON competition for 22-year-old winger Moses, following his long-awaited debut last February. Having represented England at youth level, the speedy midfielder played a key role in the Super Eagles’ qualification matches, chipping in with two goals against Liberia. A summer transfer to European champions Chelsea improved his recognition within the game, with Nigeria hoping his dribbling skills and remarkable playing vision will fire them to glory this time around. 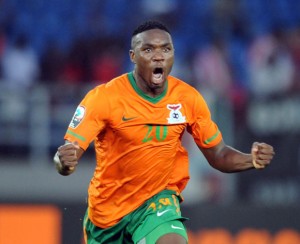 Last year’s AFCON golden boot winner with three goals, Mayuka is one of the brightest talents to come out of Africa in recent years. Although only 22-year-old, the attacker is a household name, scoring ten goals in 36 appearances since his 2007 Zambia debut. Skillful and quick, he became only the second Chipolopolo player in three decades to play in the Premier League as he moved to Southampton this summer from Swiss side Young Boys. 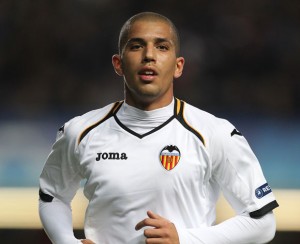 Tipped to light up the Algerian midfield in South Africa, creative wide man Feghouli made his senior debut for the Fennecs in 2011. An attacking midfielder for Valencia with six goals this season, the former French youth international poses a threat to any defence with his direct approach. The 22-year-old, who has attracted interest from a host of Premier League clubs, is widely expected to be one of Algeria’s main playmakers at the tournament 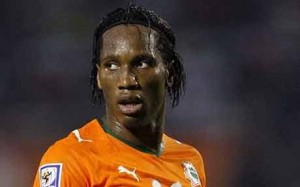 Despite the emergence of promising young players, the presence of all time Elephants leading goal scorer Drogba cannot be ignored. With 58 goals in 89 Ivory Coast appearances, the 34-year-old former Chelsea target man – now in the close season at current club Shanghai Shenhua remains a central figure to the side. With it likely to be his last Africa Cup of Nations, all eyes will be on Drogba to see if he can finally get his hands on one of the few major trophies he is yet to win. 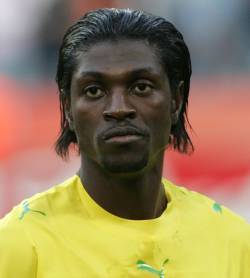 The news that striker Adebayor has settled a dispute with his national side to take his place in South Africa could prove pivotal to Togo’s chances. Despite his at times disruptive nature and repeated withdrawals from squads, the 28-year-old Spurs striker is undoubtedly one of Togo’s main stars. His crucial second goal against Gabon helped the Togolese qualify for this year’s tournament, and although not faring so well domestically, he still remains one to watch on the international stage. 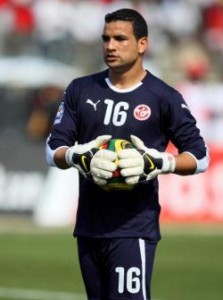 Tunisia’s national skipper and number one goalkeeper, Mathlouthi is highly-rated inside his country and across Africa. Seen as their talisman and natural leader, the 28-year-old has plenty of competition experience, with South Africa set to be his fourth AFCON. With over 300 games for Tunisian club side Etoile, his reputation as an assured pair of hands could prove invaluable to his side’s chances in the competition.