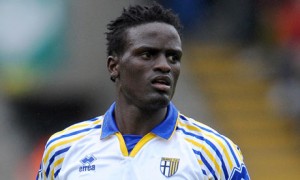 It is crucial match for Stars who are scheduled to play Nigeria in early March as the Fifa World Cup matches resume.

Mariga has not played for Stars since he declined to feature in an Africa Cup of  Nations qualifier against Togo last year after a disagreement over refunds with the Football Kenya Federation (FKF).

After that he suffered a near career threatening injury that kept him out of action for eight months and has just recovered though he is still struggling to get playing time at the Italian giants.

The call-up will be a major relief for Mariga who is desperately needs to play atleast to boost his chances of  getting a new club when his contract with Inter-Milan expires this summer.

The country is currently placed in position 127 up from position 134 they occupied last month.

Kenya has also improved on their African rankings where they are now placed at position 38 up from 39th last month.

The Latest rise by Stars comes after they were eliminated by Burundi from the Africa Nations Championships (CHAN) qualifiers after going down 1-0.Uganda are still the highest ranked country in the region at position 81 and are the current regional champions.