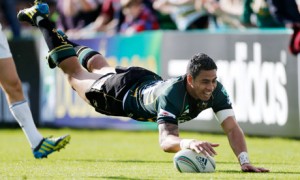 As Glasgow ended Northampton’s Heineken Cup Peter Horne scored a dazzling last-gasp and has hopes for another season.

Two Ruaridh Jackson penalties gave the hosts the lead but a Dominic Waldouck try and a conversion and penalty from Stephen Myler put Saints 10-6 up.

Northampton went into the game with hopes of a victory, preferably with a bonus point, that would have given them a shot at reaching the last eight by finishing second in the group behind winners Ulster, who rounded off the pool stage with victory at Castres.

But despite dominating most of the first half they only managed one try in the opening 40 minutes and Glasgow were a different side after the interval. 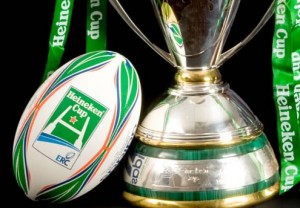 There was also a worrying sight for Northampton – and England – as second row Courtney Lawes, who had once again been outstanding, was taken off in the second half after sustaining a blow to the head.

The hosts secured their first Heineken Cup win of the season.

“We showed that when we want to we can get performances; the win at Ulster away – the only visiting team to win at Ravenhill this season – was magnificent, but to win these competitions you need to be more consistent.”

“We came up here to try and get to the quarter-finals of the Heineken Cup. We knew it was an outside chance, we needed four tries. We were close, but we weren’t close enough.” 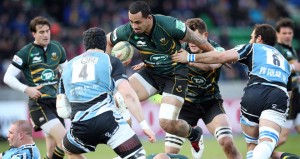 “We’ve shown what we can do at times in every game.”

“We went down to Northampton – who was Premiership leaders at the time – and we were 15-0 up.”

“We were leading for 75 minutes over at Castres, so we’ve shown it; we just haven’t had the 80 minutes and the winning performance until now.”