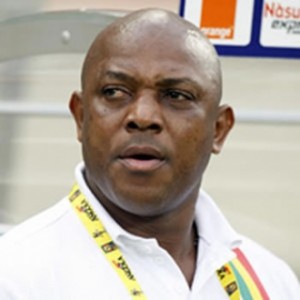 Nigeria qualified for this tournament by defeating Liberia 8-3 on aggregate in October. The Super Eagles missed out on qualifying for the 2012 tournament in Gabon and Equatorial Guinea for the first time in 26 years. They returned to the continental competition with an emphatic victory over the Lone Stars after a shaky two-legged encounter against Rwanda. Former captain and present coach Stephen Keshi is hoping to rebuild a side that would emulate his 1994 championship-winning team.

Stephen Keshi took over the reins as coach of the Super Eagles in November 2011 after the team failed to qualify for the 2012 Afcon, the first time in 26 years. He took over the job at a time when the side was low in confidence and started by getting players from the local league to play a greater part in the national team.

A year on, Keshi has been able to merge the technical skills of the Europe-based players with the enthusiasm of the local players. They have combined well to form a new Super Eagles that the country is beginning to place its hopes in again. Leading his third team to the Afcon – following stints with Togo and Mali – Keshi will be hoping to finally win his first Afcon game. His experience garnered as a player where he led the Eagles to victory in 1994 will be needed to inspire this Nigerian side to great things in South Africa. 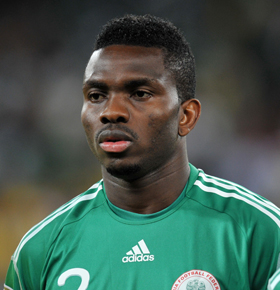 Defender Joseph Yobo took over the skipper’s armband from Nwankwo Kanu after the shambolic 2010 World Cup where Nigeria bowed out in the group stage. Yobo has brought a calmness to the backline, even though he has been dogged by persistent injuries in recent times.

The Fenerbahce defender, who became the most capped player in his country’s history, has already won three bronze medals at the Afcon. In South Africa, Yobo will be hoping to finally win the coveted trophy in order to justify the length of time spent in the country’s service. 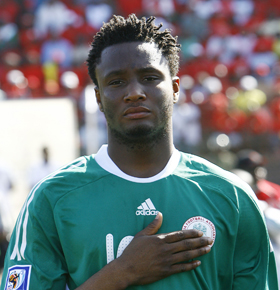 Mikel has had a chequered history in the service of his nation but the midfielder returned to the national team with a goal in their last qualifier against Liberia. If there’s any player that Nigeria will be looking to for inspiration at the Afcon, Mikel will surely be on the top of the list.

The Chelsea man has won almost every title in club football. Mikel can be the catalyst to a new era of domination for the Nigerians if he gives to the men in Green and White as much as he gives to the Blues in English Premier League action. 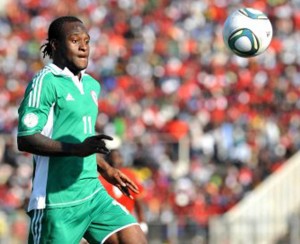 Victor Moses could have been lost to the Three Lions and many of his country men are happy that he finally came back home after representing England’s youth teams. The 22 year-old played a key role in the Super Eagles’ qualification series and chipped in a brace in the final 6-1 demolition of Liberia in Calabar.

His move to Chelsea in the summer of 2012 has made him more visible on the international scene and he will be looking to confirm his billing at the 2013 Afcon. His pace and dribbling skills are his assets. Joined by compatriot Ahmed Musa on the wings, the starlet will hope to emerge as one of the stars in South Africa.