The 2012 finalists were among 16 other teams that enjoyed a bye in the first round but were matched up against regional rivals Senegal in the second round. The Elephants registered a 4-2 win when they hosted the Teranga Lions in the first leg. The Ivorians’ lacklustre outing in Abidjan forced many pundits to predict Senegal’s possible triumph in the return leg in Dakar. The game eventually ended in chaos and was abandoned in the second half after Didier Drogba dashed the hopes of the locals with a brace, prompting a pitch invasion by angry fans. Caf later confirmed Cote d’Ivoire’s 6-2 aggregate victory and their qualification for the 2013 Afcon. 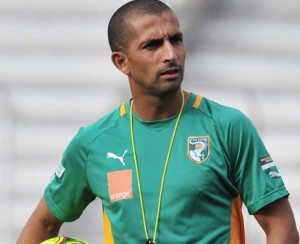 The 40-year-old former Marseille, Parma and Inter midfielder retired from professional football in 2009, although he remained a member of the France national team until 2001, before branching out into a coaching career. After taking a course and some internship, he was surprisingly revealed by the Cote d’Ivoire football federation as the successor of Francois Zahoui, whose contract was not renewed despite his flawless run to the final of the 2012 Afcon, losing to Zambia on penalties.

Although Lamouchi’s choice initially drew widespread criticism in the country, he has begun to gain public trust after leading the team to two victories in the 2013 Afcon qualifying and two draws against Russia and Morocco in international friendlies. 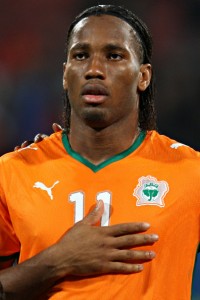 After scoring 58 goals in 89 games with Cote d’Ivoire (correct at November 10, 2012), Didier Drogba remains the team’s all-time top scorer and his record may not be surpassed any time soon. The former Chelsea talisman joined the Elephants in 2004 and has contributed greatly across the years. He was crucial to Cote d’Ivoire’s historic qualification for their first World Cup in 2006 and led the team to their second participation in 2010.

Although local critics have blamed successive coaches for building the team around Drogba and making him the central figure, which opposing teams have been able to neutralise in some occasions, the 34-year-old former Marseille ace has proved himself indispensable to the national team by his presence and the coaching staff’s inability to find a perfect replacement thus far. 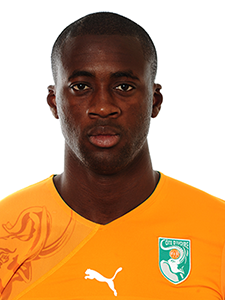 Yaya Toure is a player coaches always warn their squads about. His ability to exert a great degree of control over a match makes him a vital figure on the pitch. His high work rate and tackling abilities have added to the Elephants’ collective strength, while his aptitude for reading the opposing defence in order to deliver slick passes to strikers have benefited the likes of Drogba, Gervinho and Salomon Kalou.

However, the 29-year-old Manchester City player and 2012 African footballer of the year still faces criticism back home for not performing as well as he does at his English club. In a 2011 interview with Frat Mat, a state-owned newspaper, the former Barcelona player said there was no way his performance at club level could be compared with what he does at the national team because the he is not surrounded by the same quality of players. 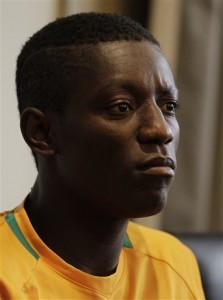 Max Gradel played four seasons at Leicester City between 2006 and 2010 before joining Leeds United, where he was capped 63 times and scored 22 goals. He moved to his current club Saint Etienne in the French Ligue 1 in 2011, the same year he received his first call up to the Ivorian national team and participated at the 2012 Africa Cup of Nations qualifying campaign, eventually making it to the finals where he put in solid performances throughout the tournament.

He is a deep-lying striker and winger with great technical abilities in terms of game reading, anticipation and positioning. He can score and create opportunities for forwards as well. His medium height and build helps him to keep balance while on the move, and his physical strength is also an advantage over others vying for the post. His input against Mali in the 2012 Afcon semi-final is still the talk of the town.