The South African public was already doubtful of Bafana’s chances due to their stuttering form and struggles to find the back of the net over the last year. Many fans are already disheartened and believe South Africa won’t progress.

The South African national football team “Bafana Bafana” needs to seriously start their rethink to campaign when they battle with Angola. The host nation seems to be disappointing their fans. During the opener with Cape Verde, whiles South Africa’s opponents, Angola also had a draw with Morocco in their first match which was 0-0.

However, Group A promises to be a close affair that can go down to the wire. With home ground advantage, Bafana still have a decent chance to reach the second round. 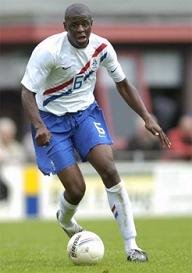 Angola Vs. South Africa plays today – Wednesday, January 23, 2013 at the Moses Mabhida Stadium – Durban and Referee K. Coulibay officiate the match at 5:00 pm SAST as the first match of the day.

South Africa players to follow –The Oldham Athletic midfielder has performed admirably for the national side, with excellent outings during recent friendlies against Brazil, Poland, Mozambique and Kenya. He has managed the step-up from English League One football well, showing that he can hold his own against top international midfielders.

With an ability to control the game in the middle of the park, Furman has been a great addition to the national team, with his ability to read the game highlighted with his presence near the action for most of the match. He has shown that he can adapt his game to specific situations. He is an emerging midfield force for Bafana Bafana and has earned praise from Gordon Igesund on numerous occasions.

Angola players to follow – Dominique Kivivu, the CFR Cluj midfielder, has a high work rate and offers strength in the midfield for Angola. The 25-year-old held dual citizenship with the Netherlands before making the decision to play for Angola in 2009. 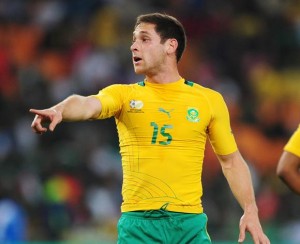 He has not been a regular starter for the Palancas Negras since his debut but the central midfielder’s capacity to control the game is coupled with a powerful shooting ability. Even though he may not be one of the youngest talents in the Angolan set-up, Kivuvu is still an emerging force in the midfield.