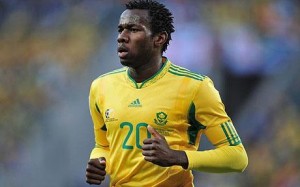 Bogani Khumalo, Captain of South Africa national football team has said that they are ready to take off the pressure on them as they drew with Cape Verde at their first match in the Afcon.

The people of South Africa and fans were not happy at their performance during their first match against Cape Verde. Khumalo told supersport.com that they face Angola in their next match on Wednesday and will have to make out the draws.

The kind of pressure on the Bafana Bafana players has reduced as Morocco and Angola also drew in their first games.

“Yes we know that we played well for our first game and people doubt it if we can make it to the quarter-finals and we have no excuse than to win Angola today” the Captain told supersport.com