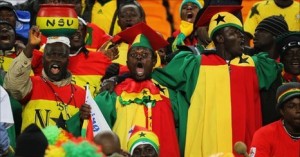 It’s going to be a good Afcon, I’m sure … The 2013 Afcon rises in intensity over days. I really got scared Saturday after the opening match of more than winded South Africa against Cape Verde – 0-0 – I’m so bored that Saturday in the second game of the goose, which pitted Morocco against Angola – O all-purpose.

In this group, the next meetings will be decisive. It surprised me that we could find the future winner of the Afcon … Sunday, I started to take my foot despite the draw of Ghana, and yesterday I had a blast with the revolt of the “small country”. And today, “my Cote d’Ivoire” gave me a great gift by beating Togo. I also did not think that Morocco would overcome Algeria …

GROUP B:
Sunday, serious things have finally started! I attended yesterday a great second day in Group B with Ghana, which had to concede a draw against the DR C while leading two goals to zero not at halftime. I love Claude LeRoy who always makes miracles and has re-engaged his players after a strike threat. Ah these bonuses, these bonuses … But still I have a weakness for Ghana and a huge regret! Really, I still do not understand why Kwessi Appiah took the risk of being without the services of Ayew brothers who remained in Marseilles. And this is not the Marseille talking! In my humble opinion, he will pay dearly … In the evening, Mali had snatched victory in extremis against Niger. A lesson of courage in the image of the sad news. But the victory at the end. And I hope from peace quickly regained. In the group B, Mali has a small advantage. What they do in this time of war, is superb!

GROUP C:
Monday, January 21, I loved it! I had already noticed that Ethiopia was shaped in the preparation matches, but honestly, I do not think capable of making a surprise draw against Zambia, the World defending Champion – 1 goal everywhere! Buddy Renard may be worried…. Anyway, it is the Ivory Coast that will and should win; I have been saying it from the beginning! 1-1, the score is also from Nigeria who has been joining a few minutes from the final whistle on a superb goal by Alain Traore. Honestly hat! Who would have bet on the draw of Burkina Faso against Nigeria?

GROUP D:
Much was expected on Tuesday of this group of death! Côte d’Ivoire has logically imposed by two goals to one against Togo who really is not unworthy. What is expected to see Drogba, Toure in front of Adebayor. Emmanuel thank you for coming back on your decision not to play Afcon. I found that the reaction of Coach Six after the game was not fair play at all. You do not leave a press conference swinging at the referee. He must set an example even if he is very disappointed. Disappointed, I am for Algeria and buddy Vahid. I did not think that Tunisia would be a holdup in the 90th minute. But this is the magic of Afcon …

MY FIRST REVIEW:
– South Africa must be redeemed.
– Small nations: Ethiopia, Cape Verde and Burkina Faso to create surprise. And I think they will surprise us again, remember Zambia a year ago….
– Zambia precisely will struggle to retain his title of champion of Africa and Morocco to succeed him …
– Togo is a bad loser, Ivory Coast strong …
– Tunisia has stunned Algeria …
Read also: