Cape Verde will need to muster an improved performance in front of goal against Morocco on Wednesday night if their debut Africa Cup of Nations tournament is to progress any further.

The Islanders seem to be content with a draw against Bafana Bafana but will be targeting an improved performance against a dangerous Moroccan outfit, who were left frustrated with their performance against Angola in another 0-0 draw on the opening day of the tournament.

Beside there a couple of players that need to be watched out for in both teams.

Cape Verde Vs. Morocco plays today – Wednesday, January 23, 2013 at the Moses Mabhida Stadium – Durban and Referee J. Sikazwe officiates the match at 8:00 pm SAST as the second match of the day.

Cape Verde would however need to improve upon their performance to win over the Moroccan’s on Wednesday night for their debut in the Afcon 2013 tournament. 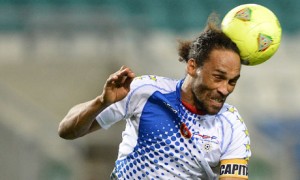 Morocco players to follow – One of the young starlets of Getafe in Spain, Abdelaziz Barrada’s qualities have made him a mainstay in the Morocco national team starting lineup. Barrada possesses great control of the ball, is able to make clever passes and is a very capable deadball specialist.

The 23-year-old midfielder will be looking to make the difference for the North Africans, and opposing teams would be wise to study Barrada’s qualities in order to counter his attacking abilities.

Cape Verde players to follow – Djaniny is another reliable scorer for the Blue Sharks and widely considered in his homeland as one of the rising stars of the outfit due to his work rate as a target man each time he has featured during the qualifiers. Despite his age, the 21-year-old has earned his spot and become a vital player to coach Antunes. 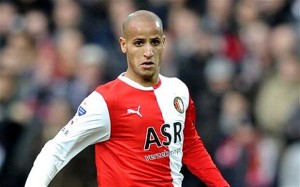 Djaniny’s mission to Europe was not for football but studies, however, after exhibiting goal scoring prowess at a Portuguese regional league club Velense, where he used to play whenever he had free time from school, he was recruited by top division side U.D. Leiria at age 20, signing a three-year deal. He later joined the Benfica reserve team and was then loaned out to S.C. Olhanense, where he is yet to debut in the Primeira Liga.