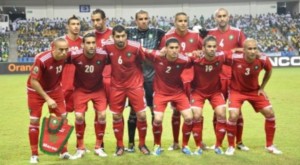 Past winners Morocco know they can take a big step towards reaching the last eight of the Africa Cup of Nations with victory against Cape Verde.

For that to happen, though, Morocco will need to improve their finishing, after just three shots on target in their opening 0-0 draw with Angola.

The highly-rated Younes Belhanda could be called into the side to improve Morocco’s attacking threat.

For Cape Verde, Toni Varela and Babanco are injury doubts.

Those are the only concerns for the islanders and coach Luis Antunes is confident his side can record their first victory of the tournament against Morocco.

Cape Verde, like Morocco, opened their Africa Cup of Nations campaign with a goalless draw, but that was against hosts South Africa, and they missed a number of gilt-edged chances in that game.

“We created space and moved the ball around well against Angola, but did not punish them. However, I must be patient as we have a young team with an average age of 24 and we are building.

“I believe we can offer more in our games this week against Cape Verde and South Africa.”

“The result against South Africa has given my squad enormous confidence.

No one really took us seriously before the competition kicked off, but now they know we are no whipping boys.

“We were well organised at the back, restricting South Africa to a couple of chances, and now we must improve our sharpness up front to achieve a beautiful dream and reach the quarter-finals.”