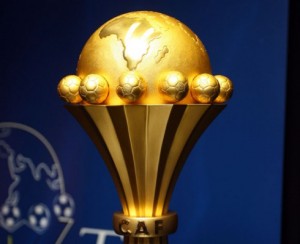 After a fairly tepid start, it was left to Group D to raise the temperature in South Africa at this year’s African Cup of Nations. Prior to yesterday’s final pair of opening fixtures, the tournament had only produced one clear winner in the shape of Group B side Mali.

However, ahead of the second round of games, there are a few teams who have moved themselves into good positions and those who already face uphill tasks…

Mali
Mali became the first outright winners at the tournament when they saw off Niger 1-0 on Sunday courtesy of a Seydou Keita strike and can now be backed at 2.3 to win the group, following Ghana’s 2-2 draw with DR Congo.

Tunisia
The 2004 champions made sure they kept up with tournament favourites Ivory Coast in Group D after a dramatic stoppage-time winner against a very capable Algeria side. Taking three points off their main rivals for that second qualification spot could well prove crucial in their bid to progress from the perceived group of death.

Gervinho
The Arsenal man was the Ivory Coast hero in their opener against Group D long shots Togo, when he volleyed an 88th-minute winner. Unsurprisingly, the Elephants are 2.5 favourites for the title at this stage, with Gervinho now priced at 10.0 to finish as the competition’s top scorer.

South Africa
Bafana Bafana were a real disappointment in Johannesburg when drawing 0-0 against ACoN newbies Cape Verde and the hosts have it all to do now just to qualify. Their next fixture is a really tricky looking game against an Angolan side who haven’t been breached in their last four. Another Angola shutout this afternoon can be backed at 3.3.

Zambia
The holders carry an unnatural pressure into this tournament and it has shown already in their first encounter with Ethiopia. Zambia failed to capitalise on Ethiopia missing a penalty and being reduced to ten men in the first half and, although they scored, they allowed their depleted opponents to share the spoils.

Nigeria
Also well backed before the tournament, following a goal-rich qualification, Nigerian succumbed to a real sucker-punch as relative minnows Burkina Faso scored a 94th-minute equaliser. The Super Eagles now face defending champions Zambia in their second Group C clash knowing only victory will suffice. Unsurprisingly, their odds have slipped out to 13.0 for tournament glory.