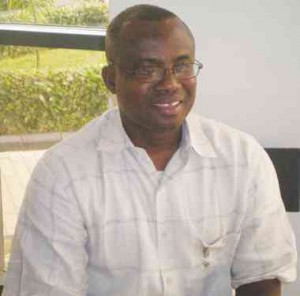 Former Nigerian international, Paul Okoku has tipped the Super Eagles to record their first victory in tomorrow’s Africa Cup of Nations match with Zambia at the Mhombela Stadium in Neslpruit.

After a disappointing 1-1 draw with Burkina Faso on Monday, the Eagles are desperate to get their campaign back on track against the defending champions, who also played a 1-1 draw with supposed minnows, Ethiopia.

With the hopes of a nation hanging on a cliffhanger, Okoku in a chat with Sports Vanguard from his base in the United States of America, said that the draw with the Burkinabes was not enough reason for Nigerians to start pressing the panic button over the chances of the
Eagles to qualify for the quarter-final stage.

While admitting that the Coach Stephen Keshi-tinkered team almost messed up against the Stallions of Burkina Faso, Okoku, a member of the Green Eagles to the 1984 Nations Cup, blamed the outcome on defensive error, adding that fans must not give up on them at this stage of the tournament, where they are meeting Zambia in a crucial tie.

“Super Eagles almost messed up this one. Yet and again, defensive error caused them Nigeria must not give up on them. Do not give up on them and yes, I still believe in them. This almost happened to my team in 1984 of which Keshi was the captain”, said Okoku.