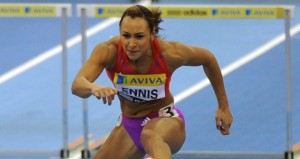 British Athletics and the London Legacy Development Corporation have today confirmed that the 2013 British Athletics London Grand Prix will be held at the Olympic Stadium on the anniversary weekend of the Opening Ceremony of the London2012 Games.

Part of the prestigious Samsung Diamond League, the London Grand Prix is traditionally held at Crystal Palace, with the move welcomed by some of Britain’s top athletics stars.

“It is brilliant to hear that the British Athletics London GP is going to be held at the Olympic Stadium a year after the Games,” said Olympic heptathlon champion Jess Ennis.

“It will give athletes and fans that did not get to experience the amazing venue the chance to go there, and for those of us who had the most incredible experience on the track and field, an opportunity to re-live a few memories! Hopefully I will be there and using the competition as part of my preparation for the World Championships”.