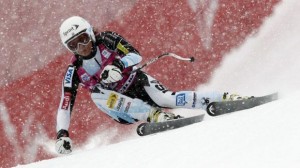 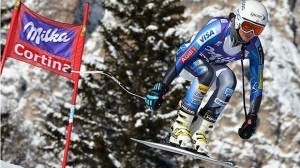 Mancuso survived a scare coming out of the start where she lost her pole and almost went out. She mastered challenging weather conditions with heavy, wet snow falling throughout the race.

The women now head to Maribor for a weekend of technical races followed by the naming of the World Championship Team.

“It was really tough to be fast today with it snowing so hard. It was OK until the bottom and I had to wipe my goggles coming around the corner but I don’t think it cost me much time,”Julia Mancuso said.

“It was a lot of fun today and yesterday. The snow came in pretty heavy this morning. There are lots of little piles throughout the course. It’s one of those days where if you’re at the right time and right place you’re going to keep carrying your speed. If you get off line, forget it. You have to be aggressive. I’m pleased with my result – I let it all hang out. I wanted to get a good result here to solidify my changes to ski the super G at World Championships and I think I did that,” said Leanne Smith.