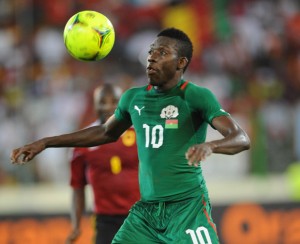 A lively start to the half, but much of the ball is spending most the time in the middle of the park. The state of the pitch isn’t helping the quality of the football.

Close for Burkina Faso, who wins a corner following some good defending by the Ethiopia backline.

Excellent finish from Traore after being played into the 18 yard box by Kabore. He brings the ball down well before smashing past Tadelle into the roof of the net.

Burkina Faso has a free kick around 35 yards out and it’s a good chance to deliver the ball into the box. Traore, however, opts to go for goal and his strike is straight into the wall.

Traore receives the ball on the right side. He looks to pick out Bance in the box, but there is too much on his cross and the ball drifts out for a goal kick.

Traore sends an unstoppable effort past Tadelle from the edge of the area after a well worked one-two with Pitroipa. A superb strike for the Burkina Faso man.

And that’s game over. Kone is played through one-on-one with Tadelle and comfortably slides under the Ethiopia ‘keeper to increase their advantage. Surely there’s no way back for the Ethiopians now. Pitroipa slots past Tadelle after Balima is all but handed possession in the midfield. He drives forward and plays into his compatriot for a simple finish. 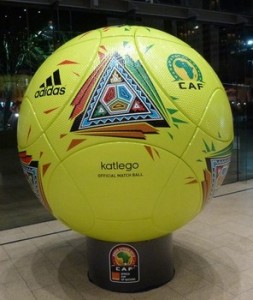 Burkina Faso now top the group by two points and look all set to qualify from Group C for the knockout stages. Jonathan Pitroipia of Burkina Faso became the ‘Man’ of the match.
And that’s full time at the Mbombela Stadium. Goals from Kone, Pitroipa and a double from Traore condemned Ethiopia to a 4-0 defeat to Burkina Faso, who head to the top of Group C after their first AFCON win on foreign soil.