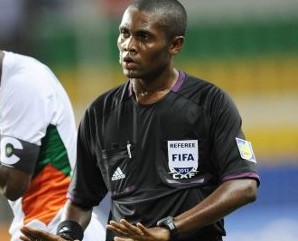 The Malagasy Hamada Nampiandraza is appointed by the Confederation of African Football (CAF) to lead the match Algeria – Togo, accounting for the second day of meetings of Group D of Afcon 2013.

Hamada Nampiandraza was the fourth referee during the match Nigeria-Burkina Faso played on Jan. 21, 2013.

During Afcon 2012, the 29 years old Malagasy referee has officiated only one game.

Hamada Nampiandraza is accredited to conduct international competitions since 2010.