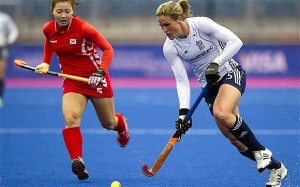 The England women’s squad for the fourthcoming Investec Challenge taking place in Cape Town, Souh Africa, next month announced by England Hockey. The week-long tournament will provied eight of the 18 athlete squad with their first taste of senior international hockey as they take to the pitch at the Hartleyvale Stadium against Olympi gold medallists the Netherlands, Australia and hosts South Africa.

These people will face  each other in the final of the Maxifuel Super Sixes at Wembley Arena and they are of Gilbert and Unsworth, the day before departing for Cape Town have been named co-captains for the Investec Challenge.

Providing the experience in England’s ranks will be two members of Great Britain squad that won bronze at the London 2012 Olympic Games; Laura Unsworth and Nicola White. Pinoke’s Beckie Herbert – three international caps short of a centry – and Reading pair Susie Gilbert and Sam Quek will also provide a more experienced core. Of the other athlets selected, goalkeepers Maddie Hinch of Leicester and Kirsty Mackay of Bowdon Hightown, and Canterbury pair Dilly Newton and Susannah Townsend (picture above, on the left) were involved in the Great Britain training squad leading up to last summer’s Olympics.

Four have made the step up from the successful England U21 women’s squad that won the bronze medal at the junior Euro Hockey Nations Championships last year which is of the newcomers. Loughborough Students’ Giselle Ansley, Surbiton’s Sarah Haycroft (pictured above on the right), Leicester’s Jo Hunter and Clifton’s Joanna Leigh all play their club hockey in the Investec women’s Hockey League and were part of the side that overcame Germany in their last game for the Under 21st in August.

Beeston pair Hollie Webb and Ellie Watton, University of Durham’s Steph Elliot, former University of Birmingham athlete Sophie Bray and Lauren Turner of HDM (Netherlands), formerly of Leicester, makes up the 18.
England will face the hosts South Africa in their opening match on Monday 4 February before taking on the Dutch the following evening. An ‘ashes’ clash with Australia rounds off England’s group matches on Thursday 7th, with semi finals and medal matches following. 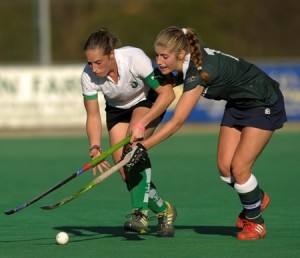 Speaking as the squad was announced, Brown said: “It’s a great opportunity for us to look at new players for the next Olympic cycle, as well as providing an opportunity for some players who just missed out on Olympic selection. The high quality opposition will mean a steep learning curve and with so many established internationals missing I will be interested in which athletes step up and show leadership, and who relishes the extra responsibilities they will have to take on both on and off the pitch.”

England will depart for Cape Town on Monday 28 January and will play a couple of uncapped practice matches before the tournament commences on Monday 4 February. 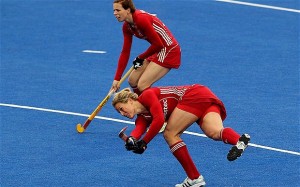