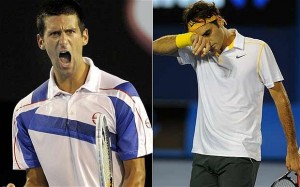 The Briton takes on the 17-time Grand Slam champion in the night session on Rod Laver Arena from 08:30 GMT.

Friday’s Australian Open semi-final against Roger Federer, Andy Murray says that winning the US Open and Olympic gold in 2012 will help him.

The third seed believes that winning his first major title in New York last September, after beating Federer at London 2012, has changed his outlook.

“I feel probably a little bit calmer maybe than usual,” said the Scot.

“But I still have an understanding of how difficult it is to win these events. With the players that are still left in the tournament, it’s going to be a very tough few days if I want to do that.”

Federer remains 31 a huge obstacle before him however, sweeping through the draw at Melbourne Park until he needed five sets to beat Jo-Winfred Tsonga in the last eight.

Murray the highest ranked player he has faced so far is Gilles Simon but he has never dropped a set in his five matches. 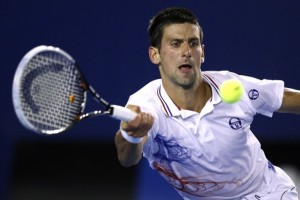 “Roger has played some tough players, and a variety of different styles, so I’d say he’s been tested pretty well,” said the 25-year-old.

“I played a lot of tennis in December – I had some good matches in Brisbane – so I can’t be disappointed about being in the semis of a Slam without dropping a set. That would be silly.”

Federer agreed, saying: “I would probably rather be in his shoes. Has he lost a set? I don’t think he has. That’s exactly how you want to approach a semi-final match.”

Meanwhile Murray leads the head-to-head with Federer 10-9, Swiss has won all three of their meetings at Grand Slams – in the finals of the 2008 US Open, the 2010 Australian Open and last year’s Wimbledon.

“I don’t go into it with a mindset that I’ve never lost to him in Slams,” said Federer. “He’s beaten me so many times. He’s beaten me more times than I’ve beaten him.”

“But I’m happy you’ve given me the positive news. It’s a good vibe. I’ll try to remember that when I walk out, but it doesn’t play a huge role for me.”