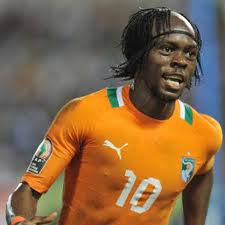 After performing well against Algeria, Tunisa’s Darragi might feel aggrieved to not start in this game-but Sami Trabelsi could just be looking for consistency from his side who kept a clean sheet in their opening game.

Ivory Coast again look to use the pace of Traore with a long ball over the top, but Ben Chrifia is alive to the danger and races out quickly to collect it. The Anahi striker looks to be a threat, it must be said.

A chance to deliver a cross is wasted by Tunisia, and Ivory Coast break. The ball is played across the Tunisia penalty spot, as Gervinho looked to find Kalou, but his pass avoided the Lille winger. Poor from Gervinho!

Ivory Coast look very keen to use the long ball. Kalou almost managed to get on the end of another long pass. Tunisia seem to be susceptible the pace of Les Elephants!

Chance! Gervinho finds Kalou yet again but he blasts an effort of 8yards narrowly over the bar! Ben Chrifia was a spectator there, that striker was travelling at some speed!

GOAL! GERVINHO! He spirnts away to his adoring fans! That goal was definitely coming. The Arsenal winger managed to exchanged a classy one-two with Traore before placing the ball in the far way.

GOAL! Great finish from Yaya Toure! The huge midfielder picks his spot and nestles the ball in the far corner- Ben Chrifia didn’t have a chance of saving that. Surely Ivory Coast have secured the three points now. 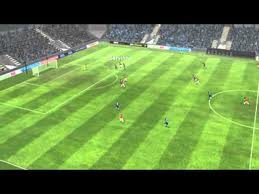 GOAL! Didier Ya Konan the substitute passes the ball home, after great work down the left from Gervinho! That can’t be caught now, that’s game over. In this wise the ‘Man’ of the match was Gervinho because he did very well in the tournament though many players did well.

Ivory Coast are almost in the next stage of the tournament, and will go through if they avoid defeat in their next group game, however Tunisia now face a grueling struggle to win the next qualify place.