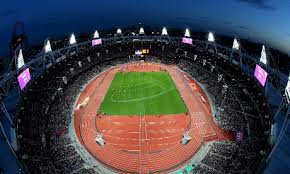 The British Athletics London Grand Prix is part of the prestigious Samsung Diamond League and this event will see the return of athletics to the world famous Stadium.
The venue has proved popular with fans and athletes alike and is sure to welcome a capacity crowd to cheer on some of this summer’s big names.

Mo Farah, Olympic 5,000m and 10,000m champion, said:
“It’s fantastic that the British Athletics London Grand Prix is going to be held at the Olympic Stadium in July. The atmosphere was electric during the Games, I’ll never forget it, and so it’s great that the British fans, and athletes, will get to experience that again so soon after the Games. It’ll be perfect preparation for the World Championships in August.”

Jessica Ennis, Olympic Heptathlon champion, said:
“It is brilliant to hear that the British Athletics London GP is going to be held at the Olympic Stadium a year after the Games. It will give athletes and fans who did not get to experience the amazing venue the chance to go there, and for those of us who had the most incredible experiences on the track and field, an opportunity to re-live a few memories! Hopefully I will be there and using the competition as part of my preparation for the World Championships.” 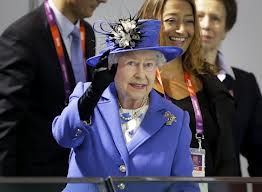 “What better ways to mark the anniversary of the tremendous London 2012 Opening Ceremony than to see this Stadium packed again as the world’s top athletes compete in this unique series?”

“After last summer’s amazing Games we can now see the Stadium’s legacy emerging as a top venue for both international sport and entertainment. I am ever confident that in the coming years we can look forward to seeing Queen Elizabeth Olympic Park staging a wide range of major events with their organisers and audiences drawn by its perfect location and unrivalled facilities.”

“The Olympic Stadium created some incredible memories in 2012; memories which rekindled the British Public’s love for athletics.”
Queen Elizabeth Olympic Park will begin to open to the public from 27th July, exactly one year after the London 2012 Opening Ceremony. It will open in phases – starting with the north park – and will be fully open by spring 2014. It will be a new piece of the city with new homes and schools, state of the art venues, beautiful public parklands and a year round programme of events.