Real Madrid have become the first club in any sport to generate more than €500 million in revenue in a single year, according to the business advisory firm Deloitte.

It enabled the nine-time European champions to hold onto top spot in the ranking for an eighth successive year, matching United’s record from 1996-1997 to 2003-2004.

“It is an impressive achievement for Real Madrid to have surpassed €500 million in revenue in a single year,” said Dan Jones from Deloitte’s Sports Business Group.

“Real have led the way in the phenomenal rate of revenue growth achieved by the game’s top club, with the double-digit (10 percent) increase by the top 20 clubs  representing continued strong performance in these tough economic times.

“The combined revenues of the top 20 clubs have quadrupled since we began our analysis in 1996-1997.” 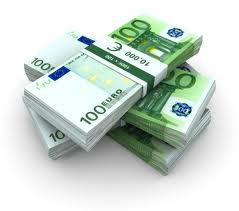 Madrid triumphed in the Spanish Liga in 2011-2012, ending three years of dominance by arch-rivals Barcelona, but lost out in the Champions League after being beaten by Bayern in the semi-finals.

Overall, the combined revenue of the world’s 20 highest-earning football clubs grew by 10 percent on the previous year to reach €4.8 billion.

City’s climb of five places was matched by German champions Borussia Dortmund, who rose to 11th, and Italian side Napoli (15th).

“The club’s progress to the top of the English and European game means that they are set to remain a top 10 Money League club for the foreseeable future.”

The only new entry in the list was English side Newcastle United, who moved into the top 20 at the expense of Spanish club Valencia after a surprise fifth-place finish in the Premier League last season.

The English top flight remains the well-represented league in the ranking, with seven of the 20 clubs hailing from the Premier League.