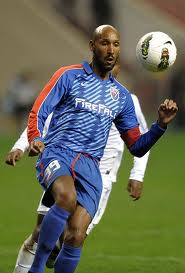 Anelka, who left Chelsea for China in December 2011, was linked with QPR and West Ham at the end of last year.

The former Chelsea player, who plays in China now, is reportedly set to join the Italian Champions “Juventus” for five months.

But the much-travelled former France international is set to play for an Italian club for the first time. Anelka costs a total of £86.8m in transfer fees during his career

Since his stay in China he has scored only three goals in 22 games as the Shenhua team he plays for finished ninth amongst 16 teams.

He also had a stint as player-coach following Jean Tigana’s sacking.

Along with Didier Drogba, he was also come into a dispute with the club over unpaid wages.