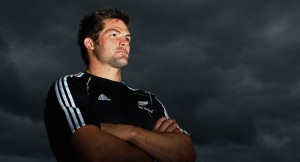 According to the Stuff website Flynn, 22, who plays striker, competed at the London Olympic Games last year, and was also at the Beijing Olympics in 2008.

A month after report came that McCaw, 32, was rumoured to be dating an English woman, who is a friend of the Duchess of Cambridge, and organises high-priced sex parties.

McCaw said in a conversation with former All Blacks coach Sir Graham Henry on RadioLive last year that he was single.

He jokingly told Henry he would be happy for him to advertise for girlfriends and put them through a screening process.