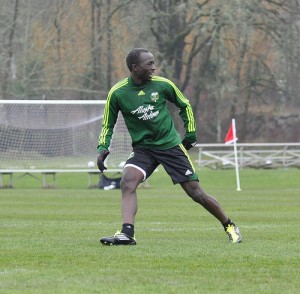 The crane striker of Kampals, who was voted Most Valuable Player in the Tusker Cecafa Senior Challenge Cup, says he is worried about the huge expectation as he starts his deal with Dar es Salam of Azam Fc.

The deal which was signed as a two year deal with the Tanzania giants.

“There is always pressure to perform for a player playing in a foreign Country. I am quite aware of the expectations the management, fans and Coaches have for me and I am ready to work hard to help the team achieve its goals” he told The Citizen Newspaper,

Brain Umony has had deals in the United States with Portland Timbers as well as South Africa’s SuperSport and Becamex Binh Duong in Vietnam, before moving back to Uganda where he has been playing for KCC FC.