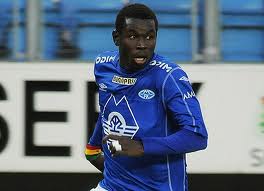 The International Senegalease Mame Biram Diouf has the riding high in his new club.

The striker of Hanovre 96, scored this weekend the goal which made his team victorious against Wolfsburg (2-1).

This match won at home count for the 19th day of the Bundesliga Premier League.

This goal scored by the 2012 best player of Hanovre 96 is the 9th of the championship (13th  in all competitions).

The 25 years-old is convened by the new coach of the national team of Senegal, Alain Giresse for the friendly match against Guinea, planned for February 5.