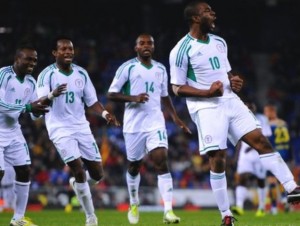 Nigeria are expected to get their 2013 AFCON campaign back on track but only if they can pick maximum points against Ethiopia in their final Group C tie on Tuesday in Rustenburg.

The Super Eagles have drawn their first two group games against Burkina Faso and champions Zambia and would now need to beat Ethiopia to reach the knockout stage of the tournament.

Nigeria last failed to reach the quarterfinals of the AFCON in 1982, which was also the last time Ethiopia featured at the tournament proper.

Nigeria coach Stephen Keshi, who has failed to qualify both Togo and Mali beyond the group stage of this competition must be aware that anything short of victory will eliminate his team.

Incidentally, the last time both teams faced off at the Nations Cup finals was at Libya 1982, when a young Nigerian team walloped the Ethiopians 3-0 in a group phase match in Benghazi.  Current Coach Stephen Keshi got one of the goals.

The two nations last met In June 2011 with the Walya Antelopes holding the Super Eagles to a 2-2 draw at the National Stadium in Addis Ababa in the 2012 AFCON qualifiers.

The Eagles had won the reverse fixture 4-0 in Abuja a few months earlier.

Nigeria welcome back injured Joseph Yobo as well as the suspended Efe Ambrose with Yobo likely to reclaim his place in the heart of the defence, while the impressive Omeruo shifts back to right back.

However, there are injury concerns over Chelsea winger Victor Moses, who claimed he picked up an injury against Zambia.

Ethiopia may have been battered by a direct-playing Burkina Faso and are sweating on the fitness of several of their key stars, but they could still reach the next stage also with a win on Tuesday.

Ethiopia have played some attractive, passing football which unsettled Zambia and saw them rally from 1-0 down with 10-men to finish 1-1. 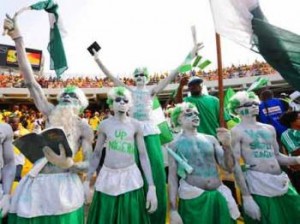 Belgium-bound striker Saladin Said remains the biggest threat to Nigeria after he scored against the Eagles in Addis Ababa two years ago.

And Ethiopia will again count on their large travelling band of supporters to lift them beyond the Super Eagles.

Zambia, who like Nigeria are also on two points, face surprise group leaders Burkina Faso at the same time today in the other game in this group.