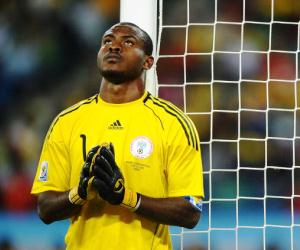 Players and officials of Super Eagles watched tapes of Ethiopia team twice after which the Nigerian players held a meeting on importance of their last group match.

Yobo, Mikel, Moses and Enyemma agreed they must show the younger players the way to go. Team captain Yobo said Keshi’s methods will change Nigeria football for ever

Meanwhile, head coach, Stephen Keshi closed the team’s camp to visitors. Camp sources told Sports Vanguard in Rustenberg that Keshi, however agreed to relax the rule for Nwankwo Kanu and Austin Jay Jay Okocha, two former captains of the team who are in South Africa to motivate the team

Another former captain of the national team, Chief Segun Odegbami also made a surprise visit to the team’s camp to motivate the players. He spent time talking to the players