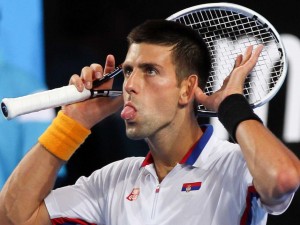 The men’s tennis world rankings has been updated after the coronation of Novak Djokovic at the Australian Open. The Serb is logically World No. 1 just in front of the Swiss Roger Federer and Scot Andy Murray.

The former world No. 1 still missing short is preceded by his compatriot David Ferrer. Jo-Wilfried Tsonga does not move from the 8th place in the world.

The first racket of this ranking African, South African Kevin Anderson continued to rise in the rankings. He won two steps and ranks 29th.

Gael Monfils loses rank. The Caribbean occupies the 87th position in this ranking.