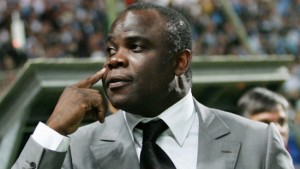 The 2013 Afcon is nice and I keep saying it and getting excited. But it is hard for two coaching legend. Honestly, I do not expect to see Vahid Halilhodzic and Herve Renard dropped after the first group.

Vahid had the manpower to qualify Algeria in Group D. He does not succeed in doing so. He was in lack of a primarily center to make the difference. He’s right, but he took a big risk by spreading its selection Belfodil.

Hervé Renard, he was unable to repeat the feat of last year, but in his heart he knew that Zambia would not be African champion twice.

These gentlemen are good losers. Both assume the failures of their respective selection.

Remains to know whether they will or they must be kept. The World Championship is coming quickly, and qualifying matches keep coming.

Both secretly hope not to leave.

Herve Renard said tonight: “Zambia, it is not like many places in the world. I have a very intelligent president, Kalusha Bwalya. If he thinks that i’m responsible for our failure, he will tell me, and I will accept it because he has done so much for me. In Zambia, we’re friends, we’re brothers. If someone does not want to continue with me, we can go eat together and ask me to leave and I will do so. But even if we are eliminated tonight, I am very proud of my players. “

I love these two coaches; it is not for me to judge their future. But they were nobles even in their defeat.