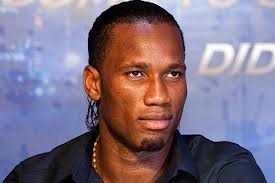 The 34-year-old Ivorian, currently on African Nations Cup duty in South Africa, opted to play in China after leaving Chelsea following their win at the Champions League in May.

Drogba agreed to an 18-month contract with the Istanbul side on Monday, in a deal which includes a €6 million transfer fee, a salary of €15 000 per match and a €4 million signing on fee.

Shanghai Shenhua has reportedly said that the contract has been breached and is ready to report the issue to Football governing body FIFA with all evidence.

“The club is deeply shocked,” the Chinese Super League team said in a statement on its website.

However, earlier on the Ivorian applied to go on loan but FIFA had refused his request.

“Drogba is still a Shanghai Shenhua Football Club member as the contract between the two parties is still within its period of validity,” it added of the deal which saw Drogba sign a 2-1/2 year contract last July.

“The Shanghai Shenhua Football Club is ready to gather evidence and submit the findings to Fifa in order to protect its interests.”