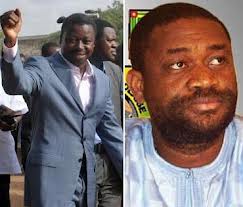 The Togo National Football Team a.k.a The Sparrow Hawks or “Eperviers” as they are locally called in their home Togo is controlled by the 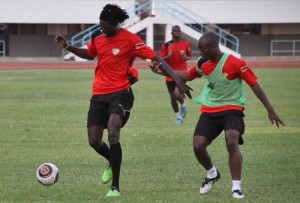 They made appearances at the 2006 FIFA World Cup, 2010 where their team went under an attack at gun point; they withdrew and were subsequently banned by the Confederation of African Football (CAF).

Coaches who have handled the team include:

As if it’s not enough after CAF had banned Togo from playing the next two editions of AFCON they were also finned and amount of $50, 000 with reference to decisions taken by the Political authorities.

But on Wednesday, 30th January, 2013 the chain was broken and the Togo made history. 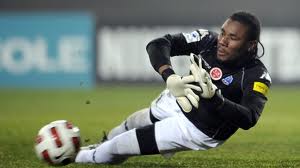 Serge Gakpe lead in the 13th minute with a goal before Tunisia’s Khaled Mouelhi equalized from the spot to make it 1-1 at half-time. 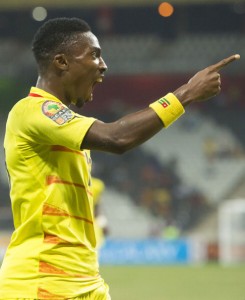 Togo maintains a second spot in Group D on four points, ahead of Tunisia with goal difference.

Togo dominated the opening 25 minutes of the first half and capitalized on Tunisia’s defensive high line to take the lead; Gakpe sneaking behind the Tunisians’ back four, after being played through by Emmanuel Adebayor, and lashing the ball into the net.

Tunisia were awarded a penalty in the 30th minute when Walid Hichri went down easily under pressure from fellow central defender Dare Nibombe and Mouelhi restored parity, sending Togo goalkeeper Kossi Agassa the wrong way and calmly stroked the ball into the bottom right corner of the goal, which made it a loss of a free given penalty by South African Referee Daniel Bennett..

Togo has however made a great a memorable history that will remain on the lips of the people, Africa and probably CAF.