India got off to a powerful start with openers Poonam Raut (31) and Thirush Kamini (30) putting on a 42-run stand for the first wicket. Reema Malhotra (35) and Nagarajan Niranjana (35) also provided some resistance at the crease in the latter half of their innings as they led their side to a total of 8-222 after their 50 overs. Lisa Sthalekar (3-29) did some damage with the ball and was backed up well by Megan Schutt (2-47), with the remaining wickets shared between Sarah Coyte (1-10), Holly Ferling (1-30) and Renee Chappell (1-32).

The Commonwealth Bank Southern Stars capped off a successful build up to the ICC Women’s World Cup with a five-wicket over India in their second and final practice match at the Cricket Club of India (CCI) today.

She combined well with Alyssa Healy (36) in the middle of the innings to put on a 41-run partnership who is the Commonwealth Bank Southern Stars captain. Commonwealth Bank Southern Stars captain Jodie Fields again set the standard with the bat, posting 52 runs before she was retired, with teams permitted to play up to 15 players under the practice match conditions. . She formed a good early 29-run partnership with Alex Blackwell (47), who made also a significant contribution to the run chase. Jess Cameron backed up her solid innings from the previous day, finding the boundary on six occasions as she blasted her way to 35 runs. The Australian side reached the set target in the 39th over, finishing 8-222. Amita Sharma (2-22) was the only Indian bowler to claim multiple wickets. 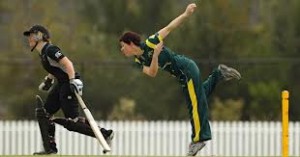 She was impressed with her side’s efforts after the match Fields ahead of the official start of the tournament.

“I think it’s a good start for us, we’ve had two really good warm up matches now against West Indies and India and I think we’ve played really well in both matches and it’s given us good momentum leading into our first pool game,” Fields said.

The Commonwealth Bank Southern Stars will travel from Mumbai to Cuttack tomorrow ahead of their first group match against Pakistan at Barabati Stadium on Friday.