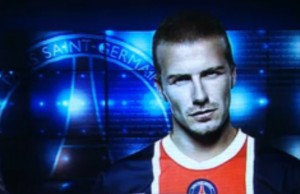 A few hours ago, David Beckham made a medical test and signed a contract with Paris Saint-Germain. The Briton is officially under the command of Carlo Ancelotti.

The MLS champion with the Los Angeles Galaxy is committed with PSG until June 15: “I had many offers but joining Paris SG is an honor. It is a big challenge for me, I chose Paris for its project. I cannot wait to play. “

These are the first words of “Spice Boy” whose “family stay in London” firstly.

The former Manchester United player does s “not expect to hold on.” It will evolve with  the bib 32.