Togo realizes one of its finest performances in the finals of Afcon. The Hawks qualified on Wednesday for the second round of the tournament in 2013. A step that will require a lot of financial resources. Knowing the problems of premiums that have continued to undermine Togo, a probable qualification for the semis and the final could resurface old demons.

Suddenly, the players themselves are mobilizing to call Togolese to more donations. This through video messages that will soon go on television channels in Togo. You can hear Emmanuel Adebayor, Kossi Agassa, Dare Nibombé and other teammates repeat messages such as: “For the national cause, we count on your support” or “Support us through fundraising.”

Etienne Bafai, chairman of fundraising for the Hawks also made the same appeal. “We’ve had feedback that allowed us to mobilize under voluntary donations of 250 million francs, the rest is an effort that was made first by state and then by banks that accompany the fund raising committee in his works. We must help them to go as far as possible. I know that the Togolese can do it. They always have the heart of citizenship. This is why we must continue our efforts. The goal for us today is not be stopped in order to reach the final, “he told Africa Sports Top Thursday in Nelspruit in South Africa.

Togo confronts on Sunday, Burkina Faso to the quarterfinals of the Afcon 2013. 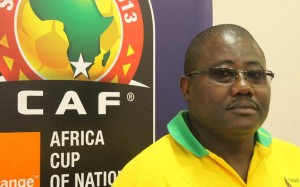