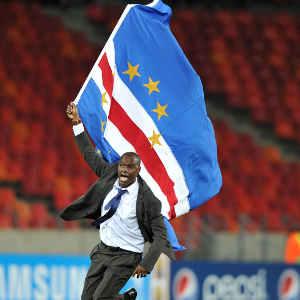 The tiny island nation face giants Ghana in their quarter-final in Port Elizabeth on Saturday, and Antunes believes they have proved their worth after finishing second in Group A, behind hosts South Africa only on goal difference.

“There is a big difference between before the tournament and now,” Antunes said on Friday.

“Initially we were very confident, but now more. We are now more confident and stronger as well. We think we are going to the final.

“Zambia won the last tournament because they were the strongest. We are going to win the tournament, that’s why we are here.”

The coach believed the hard work his team had put in had paid off during the group stages, and would continue to yield results.

“Our team is very serious. We have been working a lot for this tournament.

“We know ourselves and we’re ready for any of teams in this tournament. We very confident and we’re here to win.”

Captain Fernando Neves said their opposition would underestimate Cape Verde at their own peril.

“We are here to carry on, we came here to stay and already we have eliminated a few teams who were thought to be better than us,” Neves said.