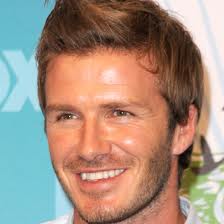 Gifted and professional soccer player David Beckham was born May 2, 1975, in London, England. A phenom almost from the moment he could first kick a soccer ball, Beckham began playing for Manchester United, England’s legendary soccer team, at 18, and was a starter by the time he was 20. He’s also played for Real Madrid. In 2007 he signed a five-year, $250-million contract with the L.A. Galaxy.

Born May 2, 1975, in Leytonstone, Greater London, UK, to parents Ted Beckham, an appliance repairman, and his wife Sandra, a hair stylist, David Beckham was the family’s only son. A middle child between two sisters, Beckham grew up with parents and siblings who were committed fans of Manchester United, England’s legendary soccer franchise.

At an early age, Beckham showed his own promise as a footballer, winning the coveted Bobby Charlton Soccer Schools National Skills competition at 11 years old. His talent soon caught the notice of Manchester United team officials, who asked him to try out for the club’s youth league. By the age of 16, Beckham had left home and was playing for United’s training division. Two years later he made the club, and by 1995 he was a full-time starter.

Beckham wasted little time in making a splash on the English soccer landscape. The talented goal scorer was named the Profe 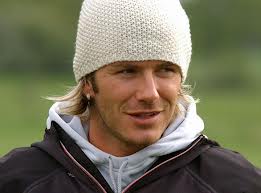 ssional Footballers’ Association Young Player of the Year in 1997. A year later, he was one of the leading faces of England’s World Cup team.

His bravado and good looks offered up plenty of off-field potential, too. In 1998, Beckham, who’d already signed a deal with Adidas, netted $13 million in endorsement deals. The Beckham brand only enhanced in value when he met Victoria “Posh Spice” Adams, in 1997. The two quickly fell in love, and on March 4, 1999, they had their first child, a son they named Brooklyn Joseph. Two months later, Beckham and Posh tied the knot at a lavish $800,000 wedding at a castle outside of Dublin, Ireland.

On the field, Beckham didn’t miss a beat. In 1999 he led Manchester United to the Premier League title, the FA Cup championship, and the Champions League title. Thanks to a last-minute free kick against Greece in 2001, England qualified for the 2002 World Cup. That same year, Beckham signed a three-year $22 million contract to remain with Manchester United.

But Beckham’s time with United proved to be shorter than anyone thought. In 2003, he was acquired by Real Madrid in a stunner of a deal that brought to light Beckham’s growing rift with Manchester’s manager, Sir Alex Ferguson

Spanish soccer fans were thrilled to have their archrival join their team. Americans, meanwhile, were just getting to know him with the release of the movie, Bend it Like Beckham, a delightful movie that tells the story of a young girl who bucks her family’s traditional ways, and falls in love with English soccer. 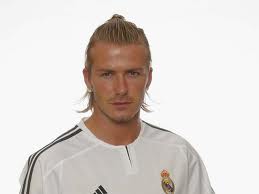 America’s fascination with Beckham and his decade of dominance culminated in 2007, when the soccer great moved across the Atlantic to sign a reported five-year, $250 million deal with the L.A. Galaxy.

The relocation was as much about giving Posh Spice’s career a boost (she helped drive the decision to move to the States) as it was to give America’s Major League Soccer a shot in the arm. Within 48 hours of the signing, the Galaxy sold more than 5,000 season tickets.

Beckham’s career since moving to the US, however, has been a rocky one. He’s been beset by injuries, spraining a knee ligament his first season in L.A., and later missed out on a chance to play in the 2010 World Cup because of an Achilles’ tendon injury.

In July 2011, Beckham and Posh Spice, who already had three boys, welcomed a daughter, Harper Steven, into their family.

In January 2013, the legend does not miss opportunities; he signed a deed with PSG.

Here are the videos :