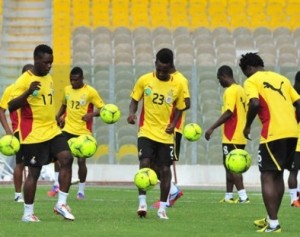 Ghana made it look easy with a 3-0 victory over Niger at Nelson Mandela Stadium in Port Elizabeth, but Mali were made to work hard for a 1-1 draw with the Democratic Republic of Congo at Durban’s Moses Mabhida Stadium, the draw being enough to see them through in second place in the group.

Two quarterfinal match-ups were decided in the 2013 Africa Cup of Nations (Afcon) in Durban and Port Elizabeth on Monday, with Ghana and Mali progressing from Group B to the knockout stages of the tournament.

That means a quarterfinal showdown with Bafana Bafana for Mali’s Eagles in Durban on 2 February, while Ghana’s Black Stars will take on Cape Verde in Port Elizabeth on the same day.

After Monday’s game, Ghanaian coach Kwesi Appiah declared himself happy with his team’s performance against Niger, saying they had lifted themselves for the challenge. “Niger was a good team. They defended well. My players stepped up their performance and that resulted in Niger not coming out as they are used to.”

Still, he warned: “We are half way through and can do much better.” 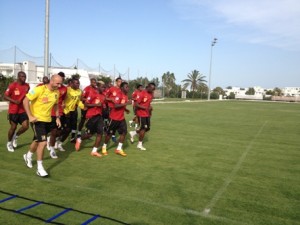 Cape Verde have come close to beating South Africa and Morocco during their opening two games of the tournament and will be considered favourites against a stuttering Angolan side on Sunday. However, the Islanders will have to keep a close eye on proceedings in Durban where South Africa only needs a draw or a win. Morocco needs to conquer the Afcon hosts in order to qualify for the quarter-finals.

Cape Verde has not lost against the Angolans and has secured two wins and a draw against the Palancas Negras.

Debutants Cape Verde made history when they came from a goal down to beat Angola 2-1 on Sunday in their last Africa Cup of Nations Group A fixture.