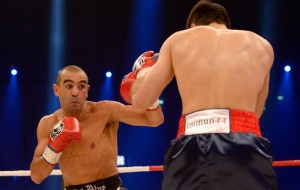 Sam Soliman who is from Australia, is in line for a shot at the IBF world middleweight title after claiming a unanimous decision victory over Felix Sturm.

Sturm former WBA champion was knocked down in the second round but Soliman got to his feet and improved as the fight wore on.

Despite bring the home fighter; all three judges ruled that Germany’s Sturm lost the fight at the ISS Dome in Dusseldorf, returning verdicts of 116-111 and 114-113 (twice).

“I landed the clearer punches but I can’t tell what’s in the judges’ heads,” Sturm said. 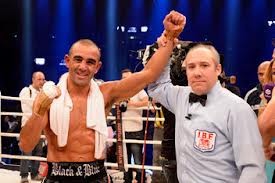 He added: “He was very hard to fight but you can’t anything about it. Now I’ll spend some time with my family and see what happens next.”

Soliman improved to 42-11 and is now set to fight Daniel Geale, who defeated Sturm last year, for the IBF crown.