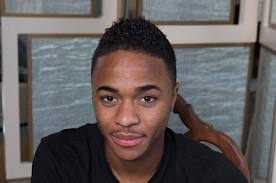 The 18-year-old was summonsed to Liverpool Youth Court yesterday on a charge of common assault for an incident which is alleged to have happened when he was 17.

Raheem Sterling Jamaica-born footballer, who plays for England, is expected to make a court appearance later this month after he was charged with assaulting a woman.

Police have said that the 27-year-old woman suffered “slight” facial injuries during an alleged incident in Liverpool, on November 2.

The Liverpool and England winger, Sterling, did not attend the hearing, and has denied the allegation.

“I do have instructions to the effect that Mr Sterling will be pleading not guilty to this charge,” said Mick Hogan, a lawyer who appeared in court on Sterling’s behalf. 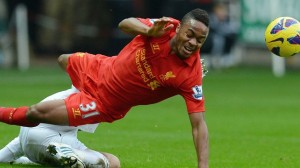 “He is aware of today’s hearing and the club is very supportive.”

Late last year, Sterling was the target of a recruitment campaign by the Jamaica Football Federation seeking to keep alive the Reggae Boyz chances of qualifying for the 2014 World Cup in Brazil.

Sterling made his senior international debut for England last November against Sweden.