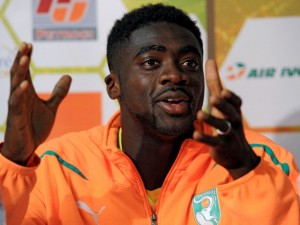 A battle of eagles in the sky promises Moses Mabhida Stadium in Durban on Wednesday on behalf of the first semi-final of the Afcon1013.

The Super Eagles of Nigeria will face the Eagles of Mali for the finals from 15h GMT.

Before reaching this stage of the competition, Nigeria has successfully eliminated in the quarter, with great panache, one of the main contenders for the final coronation, namely the prestigious Elephants of Cote d’Ivoire of Didier Drogba.

Asked about the clash of eagles, the Ivory Coast international Kolo Toure returned to the defeat of Elephants against the Supers Eagles. For the central defender of Ivory Coast, Nigeria was stronger.

The Manchester City player has become a serious contender for the title. “Nigeria was stronger than us, and I expect to see them win all their other matches of the tournament. They are really close to lifting the trophy. Stephen Keshi is a good coach who has given a good level in Nigeria. I think it will not be a problem to beat Mali, because he was their coach, he understands their culture. “