Coach Carlo Ancelotti of Paris Saint-Germain on Thursday hinted that David Beckham could make his debut for the French capital club in the Ligue 1 game at Sochaux next weekend.

The English veteran, who signed a contract with the Ligue 1 leaders until the end of the season just before the January transfer window closed, will start working with the squad after the first leg of their Champions League last-16 tie against Valencia next Tuesday.

Ancelotti left open the possibility that the former Manchester United, Real Madrid and Los Angeles Galaxy could then appear at the Stade Bonal on Sunday, February 17.

“At the moment we have allowed him to stay in London. He has been working well and will continue to do so for the rest of this week,” said the Italian coach.

“Next week, when we return from Valencia, he will be with us. 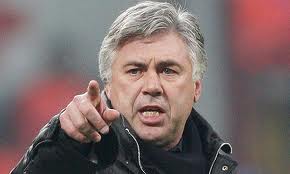 “He needs two weeks to work, but he will perhaps be available to play Sochaux or for the following week.

“There is no major issue, he just needs to improve his physical condition, but there is a possibility that he could play against Sochaux.”

Ancelotti meanwhile insists that his team will be ready for Friday night’s home clash with Bastia despite the game coming just 48 hours after many of his squad was in international action and the return to the Champions League looming large.

“We will have a competitive team out. Lots of players stayed here this week, such as (Javier) Pastore, (Christophe) Jallet, (Clement) Chantome, (Gregory) Van der Wiel,” he said.

“There is no risk that our minds will be on the Valencia game.

“Everyone knows how important it is to win against Bastia. We need the points, and this is an important moment for us.

“We could go six points clear at the top of the table, which would be great preparation for Valencia.” 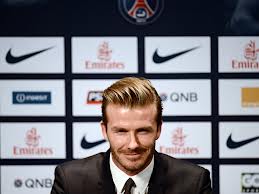 PSG laid three points ahead of second-placed Lyon coming into the weekend and have won 10 and drawn one of their last 11 games in all competitions.

Bastia has no win or even a goal to score in their last three outings.