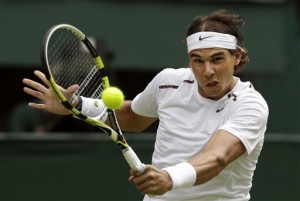 Playing his first match since Wimbledon, the 26 year-old Spaniard overcame a shaky start to defeat Argentina’s Federico Delbonis 6-3, 6-2 in 87 minutes at the VTR Open in Chile.

Rafael Nadal and his troublesome knees enjoyed a highly satisfactory return to singles action that suggested it would be very unwise to write off the eleven-time Grand Slam champion.

There will be much stiffer hurdles to overcome than Delbonis, the 22 year-old world No 128 who came through qualifying for this event. Known to sometimes struggle with his weight he still has a small handful of victories over top 100 players to his name but could not be described as anything more than a journeyman.

He will certainly not have been part of such a closely-watched occasion as this, although that did not stop him breaking the now world number five to 15 in the very first game.

While there are far sterner examinations to come before he challenges the likes of Novak Djokovic and Andy Murray, Nadal gave glimpses of his old self as he made his return on his treasured favourite surface of clay. 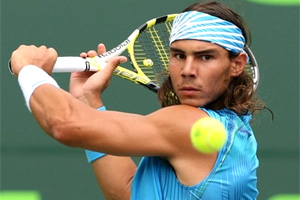 He did not step back onto a practice court properly until November, with the intention of making a return in late December ahead of the Australian Open. The last time Nadal had been on a singles court was June 28, when he was humbled by then world number 103 Lukas Rosol in a fifth set at Wimbledon.

Whiles Nadal struggling to get his feet moving at first he went 2-0 down but then came back to level, helped by two double faults from the Argentinian. From there Nadal hardly looked back, with his forehand steadily improving he took the last three games of the first set before going on to assert his superiority in the second.

The first Masters level event of the season, at Indian Wells in California, is not for another month and the opposition this week is not of the highest order, but the loss of only five games will have been reassuring to a sport that is better off with him fit and well.