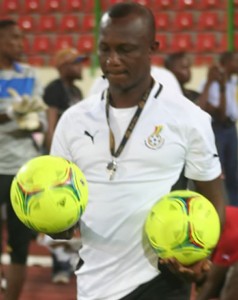 Ghana coach Kwesi Appiah says he will field a strong squad to contest for the 2013 Africa Cup of Nations bronze medal match against Mali on Saturday.

Appiah has done a lot the past few days to psyche his players up after their disappointing defeat to Burkina Faso in the semi-final.

He will be without the services of injured right-back John Panstil and also midfielder Rabiu Mohammed is serving a one-match suspension.

Midfielder Anthony Annan could be fielded and promising striker Richmond Boakye-Yiadom could mark his debut.

Appiah says his players have recovered and ready to up a good performance for the third-place medal.

“It was very difficult to defeat Burkina Faso. The players were discouraged but we talked and now they are again in a good mood to play the third place,” Appiah said in pre-match conference. 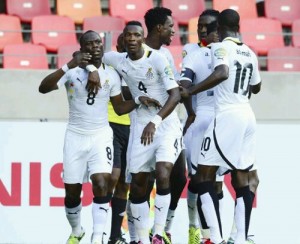 ”The match for third place match is very important for us. I’ll put up the best possible team on the field to get the bronze medal.

“I did the best that I could do. I have total confidence in my team. Players are given the best of themselves.”

Just like this tournament, Ghana played Mali twice (in the Group stage and third-place play-off) at the last edition in Gabon and Equatorial Guinea.