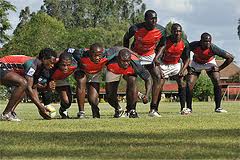 The Kenya National Sevens team is in high spirits ahead of their group games of the Las Vegas Sevens, USA.

The team has high expectations given that they only missed out the top slot in New Zealand by a whisker after falling 24-19 to England in the Main Cup final. Kenya plays Canada and Uruguay on Saturday morning before finishing their group games with South Africa on Saturday night.

Head coach Mike Friday says the loss to England will spur them on in USA, given that New Zealand has given them the self-belief that they can actually go on to scoop the title and consolidate their position at second place in the table standings.

However, Friday is cautious that all their exploits of New Zealand can be soon be forgotten should they do not follow it up with another great performance. 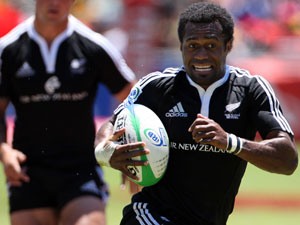 “If we don’t perform well this weekend, we won’t find ourselves in second position. We could find ourselves sixth or seventh. The margins are so fine between the top eight, it is a tough part of sport but that is what makes it so exciting and competitive. That is why rugby is growing as a sport,” he said.

The big match of the pool stages will be against South Africa, who they knocked off from the Main Cup competition in New Zealand during the quarterfinal stages.