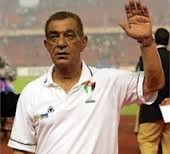 According to supersports.com, Nigeria reached their seventh final in Afcon history after routing Mali 4-1 on Wednesday.

In that, Stephen Keshi became the first African coach to reach the final since Egyptian Hassan Shehata’s triumph courtesy of Mohammed Gedo Nagy against Ghana in Angola three years ago.

It was Nigeria’s first time to remain in the tournament till the final day since 2000 when they were humbled by Cameroon’s Indomitable Lions.

If Keshi wins this on Sunday night against Burkina Faso in Johannesburg, he will become the second African to win the Afcon trophy as a coach and a player. 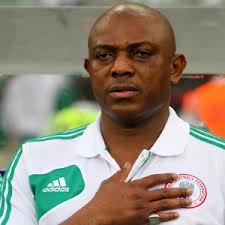 Egypt’s Mohammed El Gohary is the only one to have reached this milestone.

He was the top scorer as Egypt was the first edition of the tourney back in 1959. He was at the touchline as the Pharaohs beat the then reigning champions South Africa to win the 1998 edition in hosted in Burkina Faso.

Keshi is right on track for the same achievement. He was the captain when Nigeria last won the Afcon. They beat Zambia 2-1 in the final of the 1994 showpiece in Tunis.

Since then when they won their second title in history, the Afcon trophy is yet to have green and white ribbons for the Super Eagles.

And that will be Keshi’s main aim as the curtains close down on a tournament started with a few strides.

Nigeria was never in the spotlight to lift this title until they defeated Ivory Coast 2-1 after Sunday Mba’s moment of brilliance in the quarter final.

From then on, Nigeria’s youngsters have kept the rhythm and grown in confidence. That’s why Mali was suffocated with a 4-1 thrashing.

Nigeria has now scored the highest number of goals in this tournament – 10 in particular but they face a hard rock in Burkinabe as they pursue a third crown.