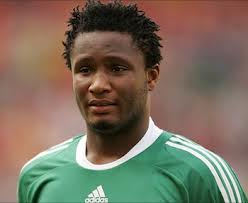 Mikel Obi has revealed that the secret” behind their success for this years’ AFCON is Unity.

The Super Eagles of Nigeria face Burkina Faso this Sunday – 10th February, 2013 for the Nations Cup finals in South Africa. The Chelsea player continued to say that the love amongst them will enable them outwit Burkina Faso on Sunday in Johannesburg.

“We are united and the love amongst us is great because that’s what will take us to the final.

“I am 25 year old but it looks like I am the oldest among my team – mates as I show respect to our Coach, Stephen Keshi who was able to get young players to play the Nations Cup”.

He continued to say that it’s not only this 2013 Nations Cup that Nigeria will be expected to win but will also win the upcoming ones for the people and fans of Nigeria.