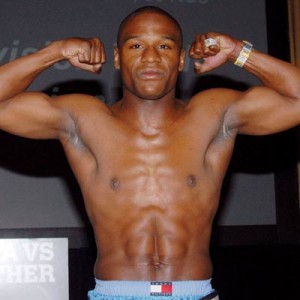 Floyd Mayweather (43-0, 26 KOs) plans to return to the ring after almost a year layoff, and then fight again later in 2013, according to adviser Leonard Ellerbe.

Ellerbe told ESPN.com‘s Dan Rafael that Mayweather is looking to fight May 4 (“Cinco de Mayweather”) and Sept. 14, both times at MGM Grand in Las Vegas.

Mayweather hasn’t fought since a unanimous decision victory over Miguel Cotto on May 5.

The opponents still are to be determined, but the two most likely candidates are Robert Guerrero and Saul “Canelo” Alvarez, two fighters promoted by Golden Boy Promotions, the same company that has worked with Mayweather on all of his fights since 2007.

“Floyd Mayweather has a plethora of options,” Ellerbe said. “Who doesn’t want to fight Floyd ‘Money’ Mayweather and make the most money they ever made in their career? You hit the lottery once you’ve become a Floyd Mayweather opponent.”

One of those options doesn’t appear to be Pacquiao, with whom negotiations have failed on multiple occasions since 2009.

After fighting Marquez, Pacquiao plans to get back in the ring April 20. Top Rank’s Bob Arum has said Pacquiao can’t fight any later because of the election in the Philippines.

Brandon Rios is rumored to be next in line for Pacquiao.

Mayweather hasn’t fought twice in a year since scoring a split-decision win over Oscar De La Hoya and a knockout victory over Ricky Hatton in 2007.