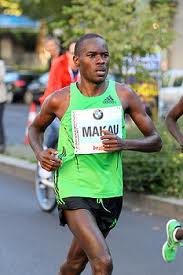 Patrick Makau is planning a major assault on his own World Marathon record this session.

He will give it another shot at the Berlin Half Marathon due September 29, in case the 2007 Udine and 2008 Rio de Janeiro World Half Marathon silver medallist won’t attain his goal

Makau said that he has fully recuperated from a hamstring injury he incurred at London Marathon to him withdraw mid-race. 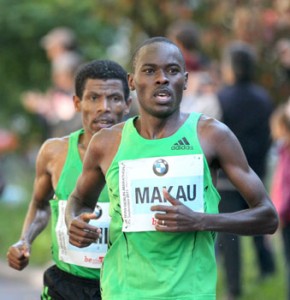 The withdrawal would cost him a place in Kenya marathon team at the London Olympics even though he had earlier been given an automatic after his exploits in Berlin.

“I will shelve my London Marathon dream if I am to make it to Moscow since they are only weeks apart,” said Makau, who intends to gauge his strength at the Hapalua Hawaii’s Half Marathon on March 10.