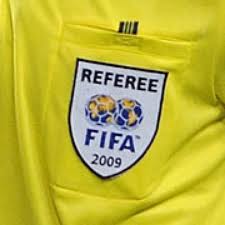 According to MTNfootball.com, Ghanaian referee Patrick Kyeremateng, who survived a close-to-death fan attack last season, has announced his return to the pitch. The Kumasi-based centre-man’s career was put on hold when he was attacked and brutally assaulted by Ebusua Dwarfs fans during a League match last season.

Kyeremanteng disallowed what looked like a good goal from Dwarfs in their defeat to Aduana Stars at the Robert Mensah Stadium. After the final whistle, the home fans poured onto the pitch and beat him up severely including his assistants.

He was later hospitalized.

However after spending eleven months on the sidelines; Kyeremateng joined his colleagues for the referees’ cooper test and successfully passed.

“I went through the exercise and I passed so I’m ready to return to the pitch,” Kyeremanteng told Accra-based Happy FM.

He now available could be picked by the Referees Appointment Committee when the Ghanaian top flight resumes on February 24.